...off the coast of New Jersey!

...off the coast of New Jersey!

Evidently, we've been dumping toxic crap into the ocean for quite some time. Surprised? Heavens...All of this deceit really is starting to make me wonder if Bush & Co. ever could possibly have lied about anything! A snippet from a piece found in McCall.com

The Army now admits in reports never before released that it secretly dumped 64 million pounds of nerve and mustard gas agent into the sea, along with 400,000 chemical-filled bombs, land mines and rockets and more than 500 tons of radioactive waste either tossed overboard or packed into the holds of scuttled vessels.

But, of course, it gets worse: 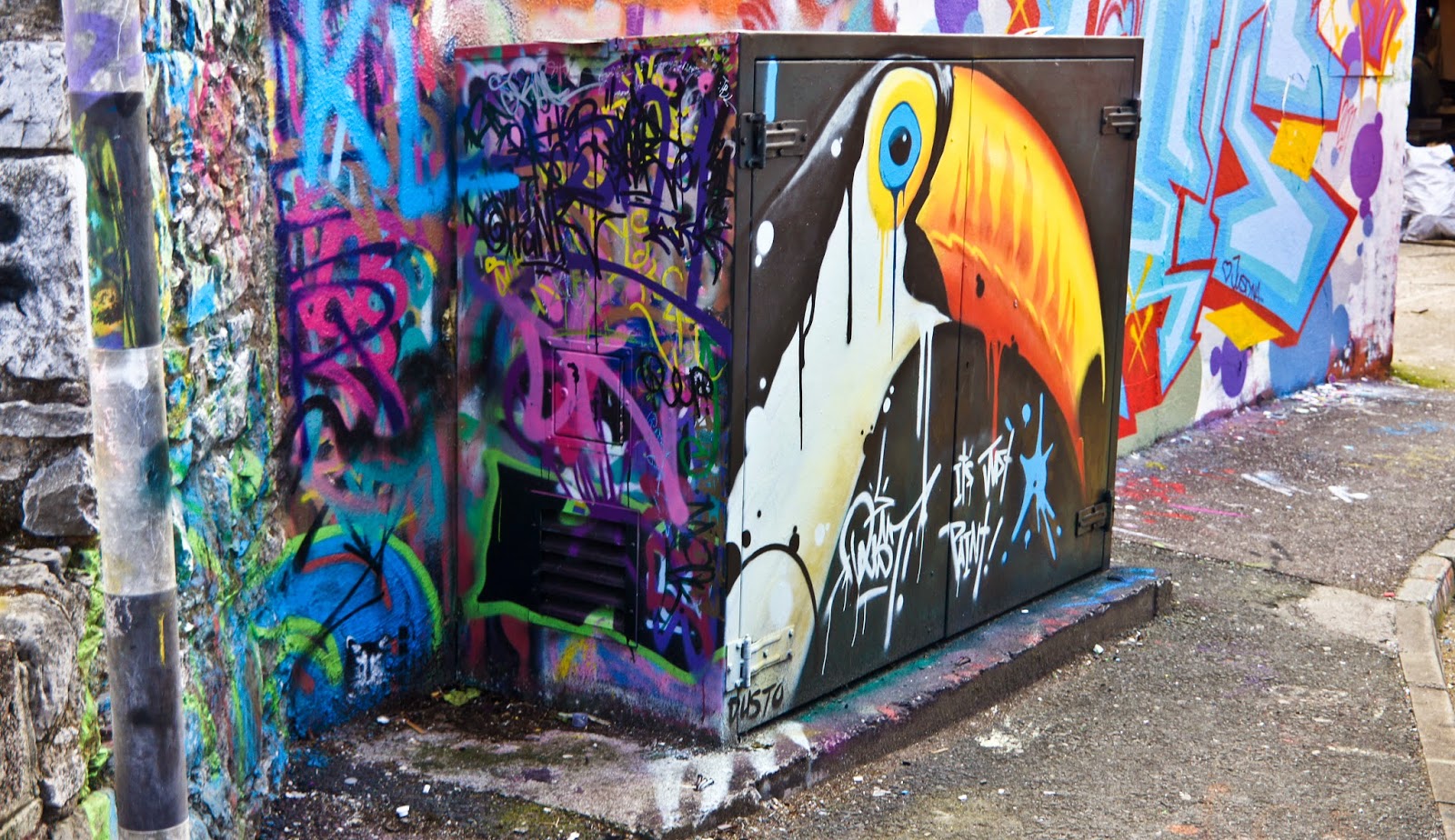 Commercial fishing operations, as well as scallop and clam trawlers, have been forced to go farther and farther from shore over the last 25 years because sea life has thinned for unknown reasons. Some scallopers now dredge in up to 400 feet of water, which is more than 100 miles from the shore in some East Coast locations. The bottom-dwelling cod population in the Northern Atlantic has been decimated.

Another cause of deaths? Hundreds of bottlenose dolphins mysteriously washed up on Virginia and New Jersey shores in 1987. They died with massive, never-explained skin blisters that resembled mustard gas burns on humans.

Oh--check out this recent piece (originally NYTimes) available at CommonDreams:

The National Security Agency (N.S.A.) has kept secret since 2001 a finding by an agency historian that during the Tonkin Gulf episode, which helped precipitate the Vietnam War, N.S.A. officers deliberately distorted critical intelligence to cover up their mistakes, two people familiar with the historian's work say.

The historian's conclusion is the first serious accusation that communications intercepted by the N.S.A., the secretive eavesdropping and code-breaking agency, were falsified so that they made it look as if North Vietnam had attacked American destroyers on Aug. 4, 1964, two days after a previous clash. President Lyndon B. Johnson cited the supposed attack to persuade Congress to authorize broad military action in Vietnam, but most historians have concluded in recent years that there was no second attack.
Silence Is Rubbish

There was nothing on CBS, NBC, ABC, CNN, PBS, NPR, Fox News. Nothing.

The LA Times, the Washington Post, the New York Times, and Associated Press each had one sentence, at most, telling about her. All three left out the details, the LA Times had her age significantly off, and the Washington Post reported that she had been killed by an Israeli tank shell.

It hadn't been a tank shell that had killer her, according to witnesses. It had been bullets, multiple ones, fired up close.

Neighbors report that Israeli soldiers had been beating her husband because he wasn't answering their questions. Foolishly or valiantly, how is one to say, the 35-year-old woman had interfered. She tried to explain that her husband was deaf, screamed at the soldiers that her husband couldn't hear them and attempted to stop them from hitting him. So they shot her. Several times.
Posted by Anna Henry at 05:18 0 comments

Guerrilla warfare is a form of irregular warfare in which a small group of combatants including, but not limited to, armed civilians (or "irregulars") use military tactics, such as ambushes, sabotage, raids, the element of surprise, and extraordinary mobility to harass a larger and less-mobile traditional army, or strike a vulnerable target, and withdraw almost immediately.
Posted by Anna Henry at 04:40 0 comments

An Eye on China

China's brand image problem:it's a country full of counterfeits
Spectator, The, May 13, 2006 by KYNGE, JAMES

Augustus the Strong, the 18th century king of Saxony and Poland, is an unlikely but fitting metaphor for a rising China.
Fitting because Augustus was as weak as he was strong. A bear of a man, he is said to have fathered 356 children, commanded large standing armies and ruled his dominions with uncompromising resolve. But his weaknesses, like those of China, grew out of his strengths. The passion he felt for his lands and his women sprang from a devotion to beauty, and that devotion also sired a sickness that Augustus called his 'maladie de la porcelain'. He was bewitched by Chinese 'blue and white'. The objects of his desire all had to be imported from China at enormous cost; porcelain in those days cost almost as much as gold, and Augustus even sold soldiers to neighbouring potentates to finance his frailty.

Three centuries later, new configurations of money and power have created an echo of Augustus's time. China's strength in manufacturing has generated the wealth to fuel a new cohort of collectors. But a national devotion to copying, which has helped propel the ascent of its manufacturers, has made for an antiques minefield strewn with forgeries. Even the vendors at Panjiayuan and Hongqiao, Beijing's sprawling curio markets, acknowledge that their stalls are crammed with artifice -- lastcentury imitations of earlier artefacts, pieces 'in the style of', reproductions and outright knock-offs. Genuine collectors are left with little option but to forage abroad for items that left China during the days when Augustus -- as well as Louis XIV, Monet and Oscar Wilde -- had an eye for chinoiserie.

The outflow of Chinese money to New York, London and elsewhere is not inconsiderable, and the prices that rarities fetch at auction often surpass their estimates.
Eyebrows were raised in 2004 when Giuseppe Eskenazi, a London dealer, paid a record $5.7 million for an 18-inch early Ming dynasty dish at an auction in San Francisco. Since then, the trend has attained a broader base, as wealthy Chinese travel to Europe and the US searching for items with reliable provenance.

Furniture from the Ming and Qing dynasties, snuff bottles carved from precious stones and even ornate clocks made by European craftsmen for the Chinese court in the 18th century are in ever greater favour. In sitting rooms all over Western Europe, people are taking a closer look at their heirlooms (that blue and white vase which a great aunt made into a table lamp) and wondering what a dealer might pay for them. The answer, in many cases, is a fair amount. Anita Gray, an oriental ceramics dealer in London, is clear about her sources of supply and demand. The demand is increasingly from wealthy Chinese. The supply is mainly from quiet homes 'in the west country or up north'. 'I don't buy anything from China, ' she says. 'You can't trust anything from there to be genuine.'

It has become a cliché to observe that China is the workshop of the world. Less well known, though, is how little manufacturing benefits many of the Chinese companies that toil away in the deltas of the Pearl and Yangtze rivers and in hundreds of smokestack cities in the interior. Foreign corporations, by contrast, often reap handsome profits from employing workers here at industrial revolution wages to make the stuff they export to Westerners familiar with their products. This may seem unjust, but it is a reflection of the reverence that global capitalism reserves for brands. When you buy a pair of brand-named running shoes, the factory that made them (usually in China) typically gets about 2 or 3 per cent of the money you paid. The rest goes to the retailer, the advertisers, the marketing men and, above all, the brand owner. What some customers may not realise is that with running shoes, as with a thousand other products made by contract manufacturers in coastal China, the supposed difference between brands is largely illusory. In factory after factory that I have visited the products of one well-known brand are made on the same benches, by the same migrant workers with virtually the same materials, as those of an arch competitor.

But if Chinese companies such as Galanz -- which makes nearly half of the world's microwave ovens -- can make products much more cheaply than the brand holders they supply, then why don't they start selling things under their own brand around the world? No doubt the answer has many strands, but one aspect concerns China's own brand image. To many of the West's consumers, the 'China' logo just does not cut it. It carries associations of cheap labour working in inhumane conditions in a communist country full of counterfeits where human rights are abused. A poor image costs the country dearly, as Beijing is keenly aware. But if the Communist party's mandarins have calculated correctly, a makeover is on its way. The 2008 Olympic Games in Beijing are to be the stage for the most expensive rebranding in history: an estimated $38 billion has been earmarked for sports venues, urban renewal and improvements in infrastructure. London, by comparison, is set to spend a cheeseparing $16 billion to prepare for 2012.
Posted by Anna Henry at 02:18 0 comments

From "Then End of Iraq: How American Incompetence Created a War Without End" by Peter W. Galbraith.

Three days after Saddam's tanks rolled into Kuwait, Jalal Talabani called me from Damascus. Would it be a good time, he asked, for him to visit the United States? I thought the answer was obvious. Overnight, Iraq had become Washington's top priority. If there was ever interest in the Kurds, it was now. Not only did Talabani have insights into Saddam's regime, the Kurds were potential allies in the event of a war. Of course you should come, I told him.

Talabani flew into Washington on August 10 and we met for lunch at La Brasserie, a small French restaurant two blocks from the Senate. It was a beautiful summer day and we had a table outside not far from a shady mulberry tree. Talabani, a man with an evident appreciation for good food and a comparably large appetite for knowledge, greeted me with a big hug. He was accompanied by Dr. Najmaldin Karim, a Washington-area neurosurgeon who had been the personal physical to Kurdish leader Mulla Mustafa Barazni in the mountains of Kurdistan before redoing his medical training as a refugee in the United States, and Latif Rashid, Talabani's brother-in-law, who represented the PUK in London. We discussed whom Talabani should see and what message he should deliver. Karim, who had become a one-man lobby for the Kurds (and a very effective one), offered suggestions. I emphasized that the story of the Kurds was largely unknown and that he should consider his mission an educational one. Karim and I arranged meetings with key members of Congress, including Senator Pell, Senator Edward Kennedy, and Senator John Kerry - who took time out from his senate reelection campaign to join Pell in Rhode Island, where he was in the midst of his own reelection campaign. Talabani met with the editorial boards of the major American newspapers, and received speaking invitations from Washington think tanks.

No one in the Bush Administration would see Talabani.